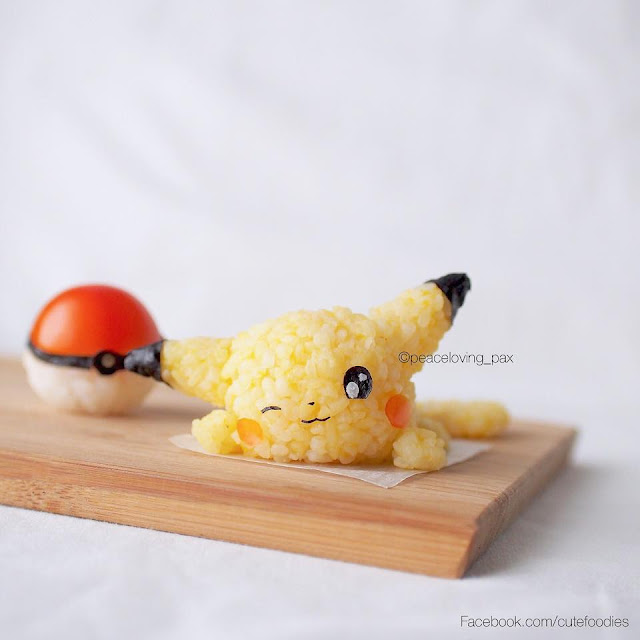 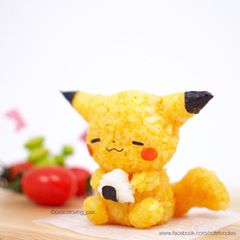 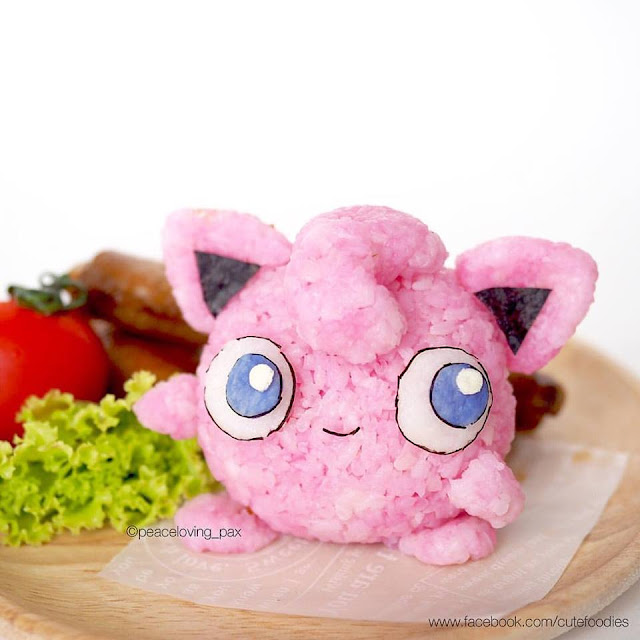 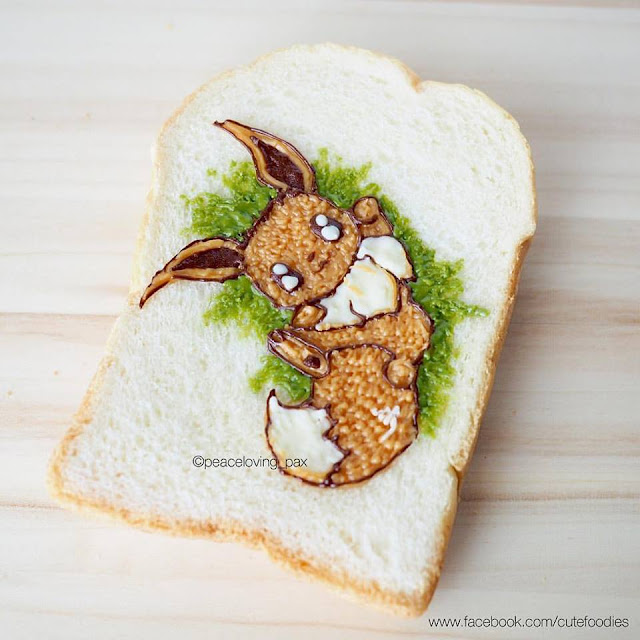 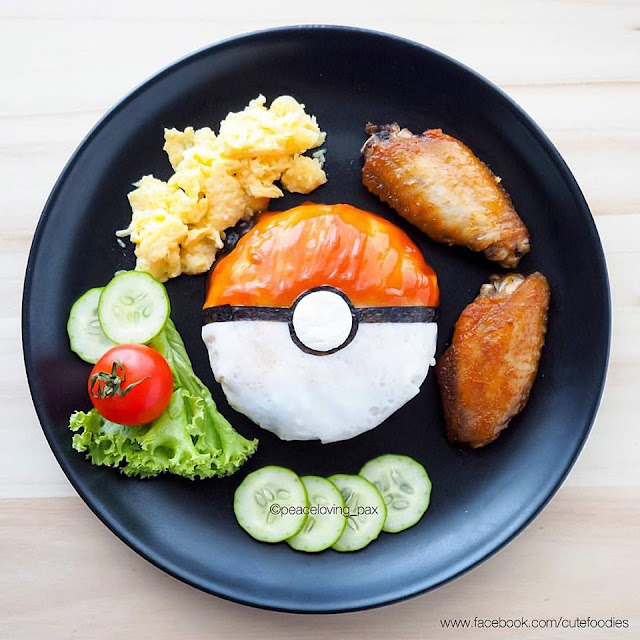 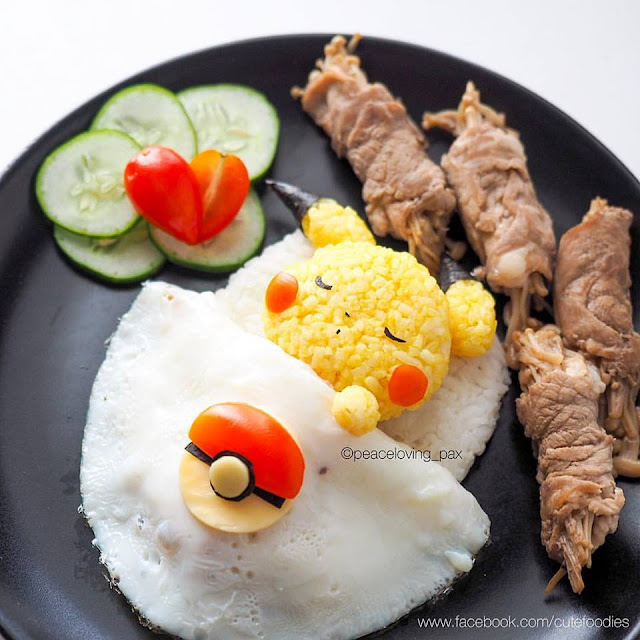 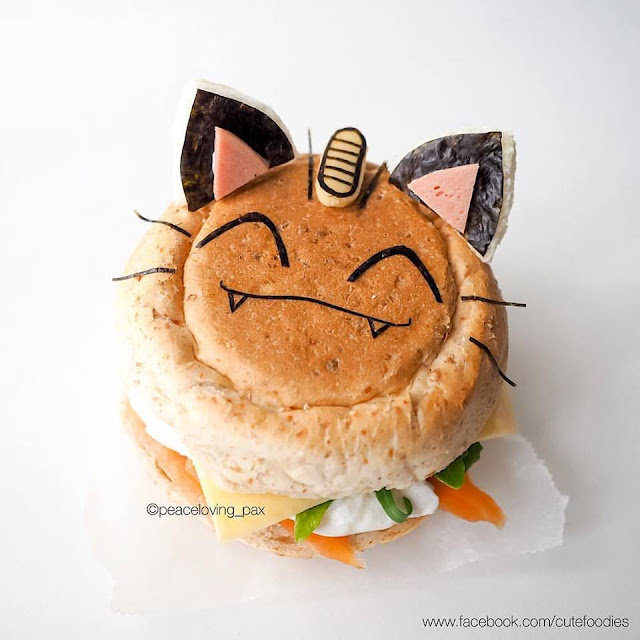 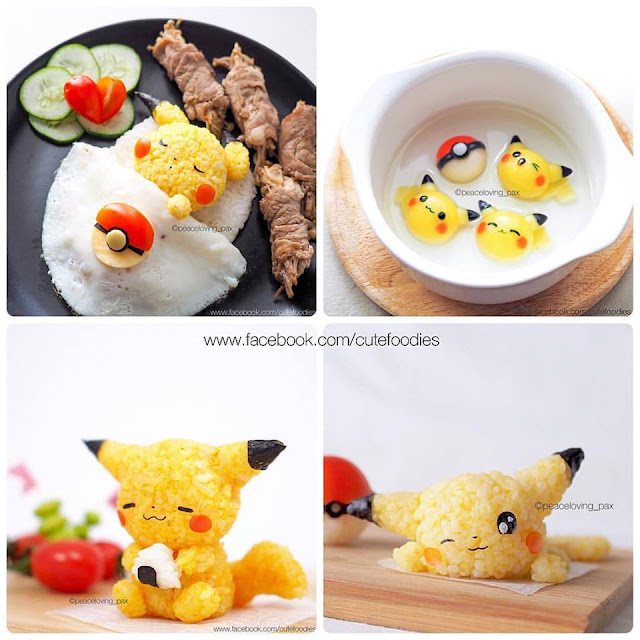 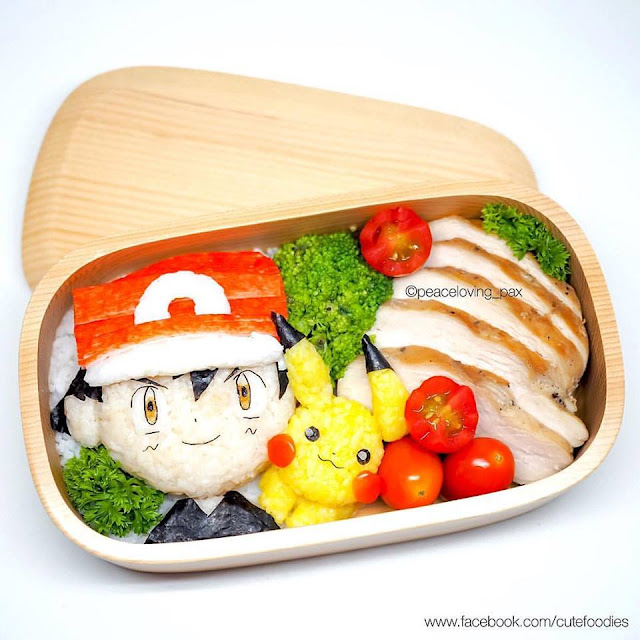 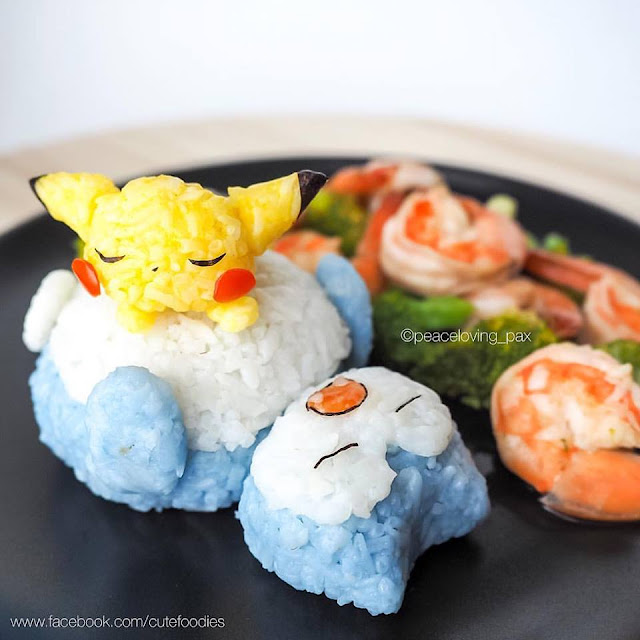 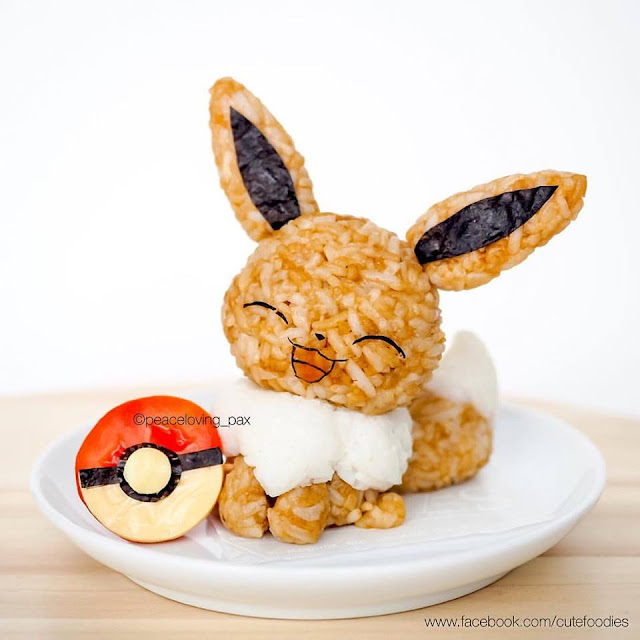 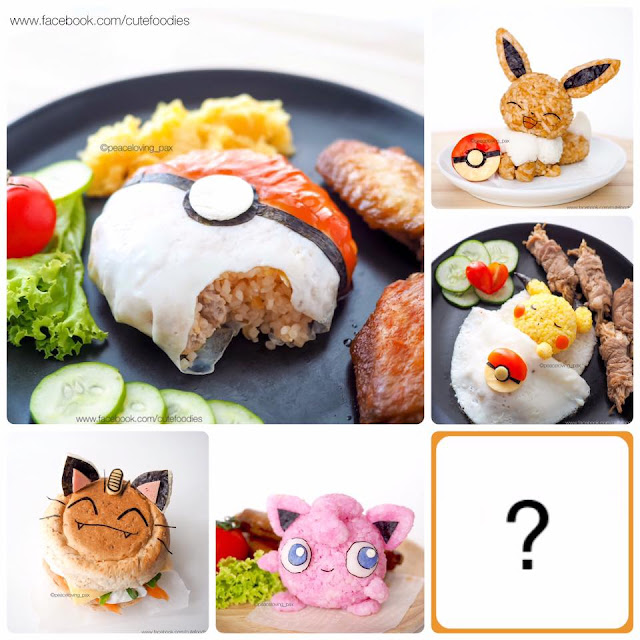 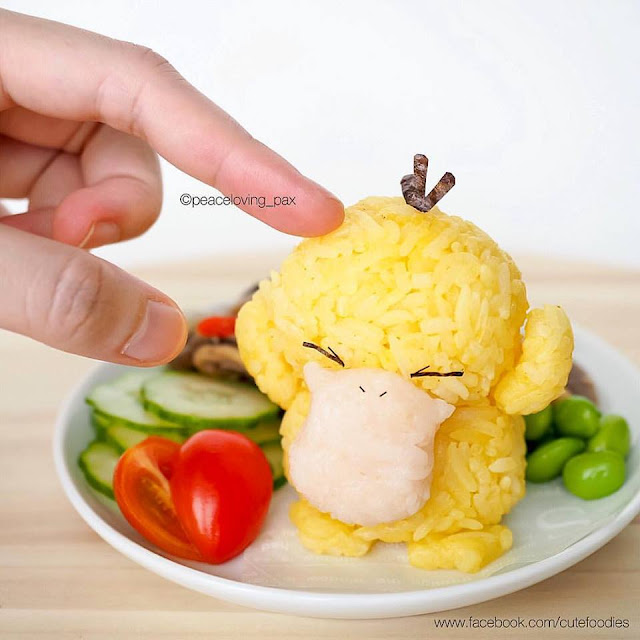 Posted by weblogger at 10:41 PM No comments:

Email ThisBlogThis!Share to TwitterShare to FacebookShare to Pinterest
Labels: Food 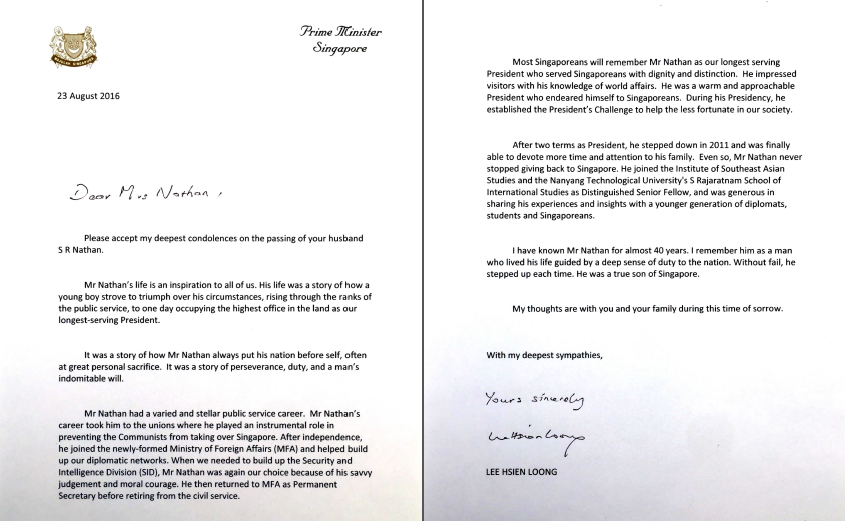 Posted by weblogger at 10:53 PM No comments:

Posted by weblogger at 10:42 PM No comments:

The public can express their condolences and share their memories of Mr Nathan at the official website - www.remembering.sg/srnathan and the Remembering S R Nathan Facebook page at www.facebook.com/RememberingSRNathan


The public can call the hotline at 6336-1166 with queries (operating hours: 8am – 10pm), visit www.remembering.sg/srnathan or the Remembering S R Nathan Facebook page for more details.


http://www.pmo.gov.sg/mediacentre/details-funeral-arrangements-mr-s-r-nathan
Posted by weblogger at 10:39 PM No comments: 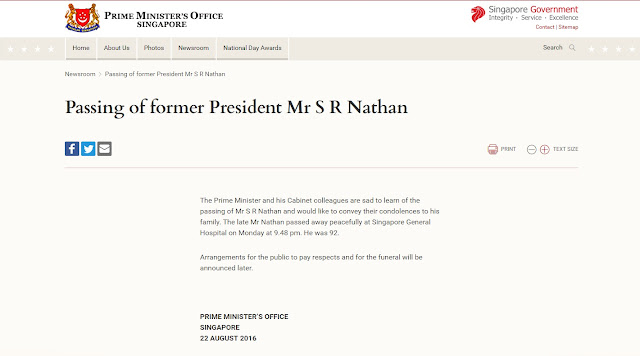 Posted by weblogger at 10:36 PM No comments:

CHANGES TO THE PSLE SCORING AND SECONDARY ONE POSTING FROM 2021

Check out the MOE Microsite: https://www.moe.gov.sg/microsites/psle/
Posted by weblogger at 9:49 PM No comments:

From 2021 onwards, the PSLE will be scored with wider bands and the scores will reflect the student’s individual performance and not his performance relative to his peers.

What the changes mean for you and your child?

The changes are more educationally meaningful in understanding your child’s learning at this point in his education journey, and helping him plan his next step.

Scores to Reflect Student’s Own Performance

Posted by weblogger at 9:34 PM No comments:

Check out this watch. I just bought it at the '3D Watch Shop' at the Bencoolen for $173SGD.
It's very nice, and I love it. 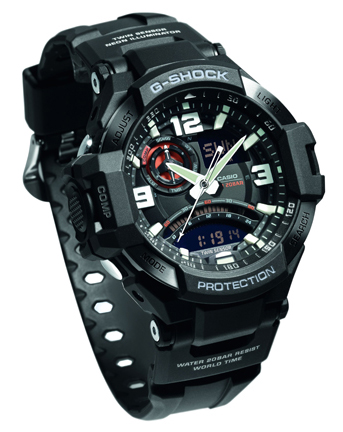 
As quietly as usual, the Japanese electronics manufacturer has updated the GA-1000 series of aviation-themed shock-resistant watches. Their new Casio G-Shock GA-1000  features a sporty body, which is similar in its styling to that of the last year’s Casio G-SHOCK GW-A1000-1ADFSmart Access watch. However, this new “aviator” sports a lot more readable dial with analogue and digital displays combined for (almost) perfect usability.

Being a rightful heir to G-Shock legacy, the new Casio G-Shock GA-1000 is equipped with a shock-resistant stainless steel body, which is coated with a thick layer of soft to touch resin.
The ion-plated black bezel is, too, protected from a surprise blow with four shock guards that additionally provide a firmer grip when you want to operate the watch using any of the four huge polished push-pieces at 2, 4, 8 and 10 o’clock. 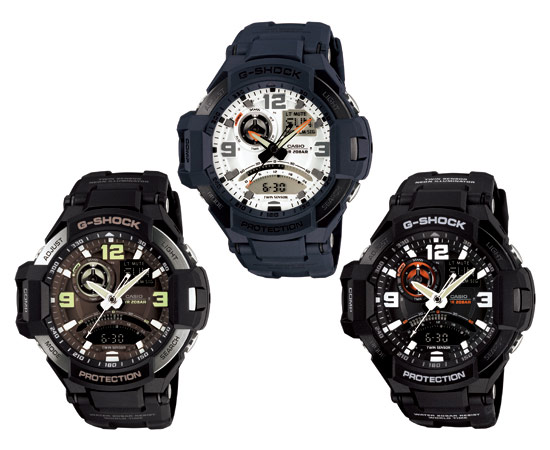 As usual, the watch is literally loaded with functions that will please almost any adventurer seeking for a perfect travel companion.

Besides a highly accurate compass, there is also a thermometer, an alarm, countdown timer, as well as a world clock that stores 48 cities and 31 time zones in its vast memory. Since some countries still experiment with daylight saving time, the time in each zone can be displayed with DST turned on or off, which makes it quite convenient for a frequent traveler. Although this watch doesn’t feature a solar cell, the SR927W battery that animates this watch can supply it with power for around two years, which is just fine because you will have to visit service anyway in order to keep its guaranteed water resistance of 200 meters (those gaskets need change once in a while).


So far, the watch is sold in Japan at around $290, which makes it a very affordable beater for those who just can’t spend their weekends lying on a sofa and playing Super Mario with their imaginary friends.

This new model is the first in the Gravity Defier lineup to be equipped with digital compass capabilities, creating a watch that is perfectly matched to the needs of the modern aviator, both in terms of function and appearance. Pressing the 9 o'clock button in any mode immediately goes to the Digital Compass Mode, and a button at 8 o'clock returns to the mode you were in before the Digital Compass Mode. Continual direction readings can be taken for 20 seconds, during which the second hand points to north, a literal direction indicator is displayed in the upper display, and a direction angle value is displayed in the lower display. Bearing Memory lets you temporarily store and display a direction reading so you can use it as a reference as you take subsequent digital compass readings. Other features include temperature measurement, large numerals, and thick hands for easy reading. A coating on the tip of the second hand and minute markers reacts with the black light illumination of the watch for easy reading in the dark.* The appearance of Neon Illuminator illumination depends the watch model.


Posted by weblogger at 9:30 PM No comments:

Email ThisBlogThis!Share to TwitterShare to FacebookShare to Pinterest
Labels: Watch

One of the biggest announcements of Baselworld 2013 came from an unlikely entity: Swatch. The plastic watch-fueled behemoth debuted the Sistem51, a $150 watch made in Switzerland with a 51-component movement made entirely by machines, mostly out of plastic. It was an instant hit with high-end collectors and new watch lovers alike. And now it’s available in steel.
The core of the Sistem51 is the movement. It’s comprised of just 51 parts, grouped in five modules, all anchored by a single central screw. It’s truly Swiss-made and everything is shaped, finished, assembled, and regulated entirely by machines. This is the first automatic caliber in the history of timekeeping that isn’t touched by a single human hand during creation. It’s sealed in the watch and can’t be serviced, so long term it’s essentially disposable. 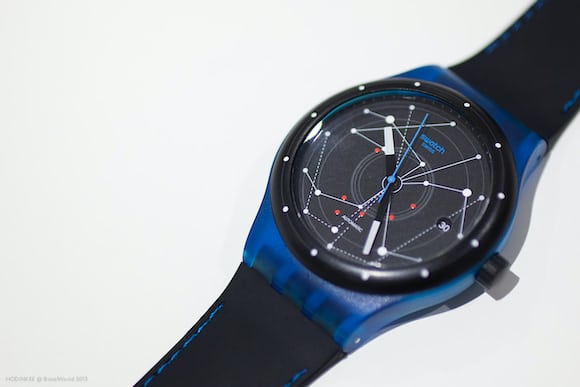 1 OF 4
One of the very first hands-on photos of the Sistem51, taken at Baselworld 2013.
Not to brag, but we were the very first publication in the world to gohands-on with the Sistem51, getting a prototype off a Swatch executive’s wrist at Baselworld 2013. Ok, totally bragging. But it’s a little hard to overstate just how exciting it was back then to see a giant company like Swatch invest seriously in mechanical watchmaking and the proposition that mechanical watches could be a mass-market business. The watches themselves are fun (I own one and still wear it regularly), but it was what the Sistem51 said about the state and future of the watch industry that really mattered.
Since then, Swatch has introduced new seasonal colors, expanding on the original four watch collection. Because the dials and movements both feature printable surfaces, Swatch can easily create new designs. Other than cosmetic changes though, a Sistem51 you’d buy today is exactly the same watch as what I first strapped on three and a half years ago. Today’s announcement of the Sistem51 Irony collection is the line’s first serious update. 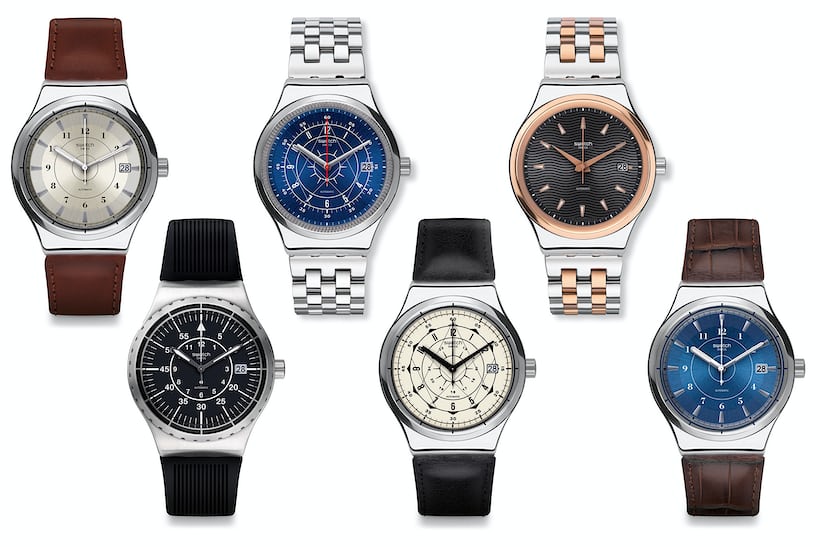 2 OF 4
The six main models of the Sistem51 Irony collection, without the piece specifically for women.
The most important change is the case material: instead of the molded, sometimes translucent plastic, the Irony watches have stainless steel cases. The original Sistem51s were clearly novelty or weekend watches, while these new additions are a clear play at getting customers to consider these as everyday, office-appropriate options.
Other than the steel cases (including one two-tone option with some rose gold–colored accents), there are also a bunch of new dial options that more closely resemble traditional watch designs. Most of them are pretty handsome too, save the strange Illuminati-looking number with criss-crossing lines and an excess of numerals. In particular, the two-tone silver dial and the traditional pilot’s dial caught my eye immediately. If you’re a vintage lover looking for a new beater, these might do the trick. 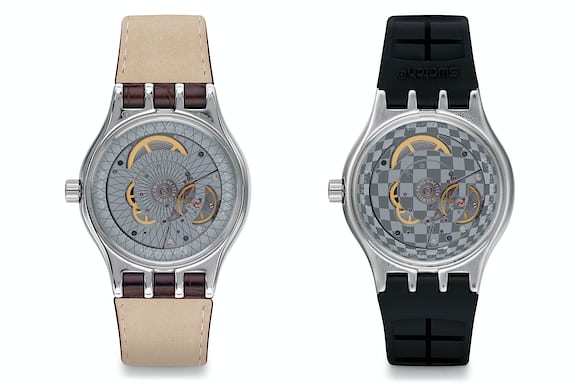 3 OF 4
The Sistem51 movement can be printed with almost any design during manufacturing, so different models can have very different looks.
To be honest, I have mixed feelings about the idea of a steel Sistem51. Sure, there are times you don’t want a plastic ticker strapped to your wrist, but there was something about the simple, no-frills construction that grounded the Sistem51 for me. It’s also a bummer that the Sistem51 Irony watches all use Swatch’s proprietary lug system (four lugs on the watch, three tangs on the strap), meaning you can’t use any third-party straps. Considering the leather options on these watches don’t look great, that could be a deal-breaker. Sure, there’s the steel bracelet, but that’s pretty limiting.
My instinct is that part of the Sistem51’s charm will be a little lost when dressed up in a metal case, but I’ll hold the final verdict until I can see one in the metal (it does feel nice not to say “in the plastic” here). At the very least, I’m excited to see Swatch growing and evolving the Sistem51 platform and I’m looking forward to seeing more iterations over the years. We’ll have more for you on this soon. 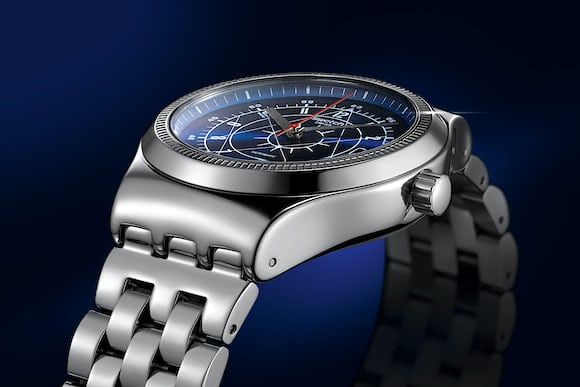 4 OF 4
It's a little frustrating (but not surprising) that the Sistem51 Irony can only accept proprietary Swatch straps and bracelets.
The Sistem51 Irony collection will go on sale in the United States on September 9, with prices ranging from $195 for the watches on straps to $235 for the two-tone model with a bracelet. For more information, visit Swatch online.

https://www.hodinkee.com/articles/swatch-sistem51-irony-steel-introducing
Posted by weblogger at 9:13 PM No comments: